52 by 52 was a year-long series of photo-challenges set by renowned photographers. Every week a new challenge was issued and group members were invited to interpret it by submitting a photo to a Flickr Group.

The project aimed to stretch its members creatively, encouraging experimentation in terms of approach as well as aesthetics. Community was an important aspect of 52 by 52 and the support of the group was helpful to spur members on throughout the year.

Weekly challenge projects are nothing new for sure but we believed what made this one unique was the thought-provoking challenges set by a varied range of professional photographers who came from a wide range of photographic disciplines. It was chance to gain an insight into how well respected photographers approached their art as often their challenges were reflective of their own practice. The next part of the project, 12 by 12, launched on the 5th March 2015.

A small selection of 52 by 52 member images 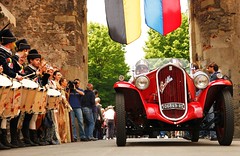 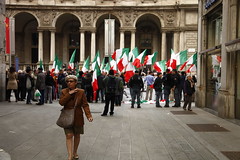 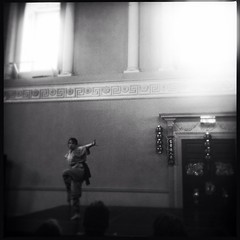 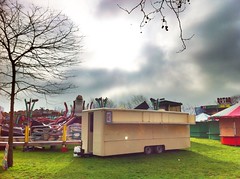 #30 The Tea and Coffee Caravan 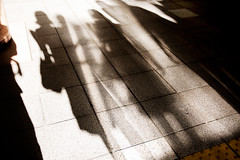 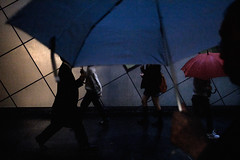 52by52 #05 "Try to capture an unposed picture that contains the elements of a story, a strong sense of geometry and evokes an emotion in the viewer." - Craig Semetko 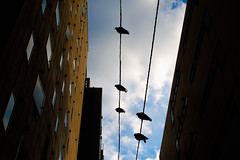 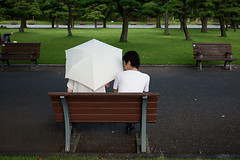 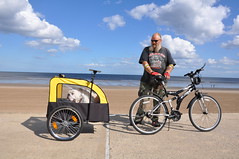 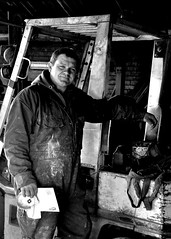 Year one of the project has now come to a close

After fifty-two fantastic challenges set by some of the world’s leading contemporary photographers, submissions to the group are now closed. The way in which the community came together and supported and constructively criticised each others work has been the most satisfying part of the endeavor.

At the outset we couldn’t have imagined that the project would have attracted such a high caliber of challenge setters or the standard of the work submitted would have been so consistently outstanding. Thank you to all of the 52 by 52 members without whom the project simply wouldn’t exist, the time and effort you’ve donated to the project has been a constant source of wonder.

We’d also like to thank the challenge setters who generously gave their time pro bono to help provoke and inspire the members. An especially large debt of gratitude is owed to Martin Parr who set one of the first challenges long before the project had begun.

Year two of the project

We were keen retain many elements that made our first year a success whilst adapting the format to a slightly less frenetic pace and so 26 by 26 was born! The key difference being that the project had fortnightly rather than weekly challenges. 26 by 26 finished in spring 2014.

Year three of the project

Building on the first two years we launched 12 by 12. As the name suggests the challenges are issued on a monthly basis, allowing for richer, deeper interaction with the photo-challenges. 12 by 12 began on the 5th March 2015.

The 52 by 52 Members’ Book is available free both as a PDF or eBook. A printed version of the book is also available to purchase in softback and hardback formats. It aims to showcase a small selection of the 1300+ images submitted to the project and tries to give a flavour of the diverse work created in a plethora of styles and formats. The 26 by 26 Members’ Book is also now available in a range of formats and edits.

Reflections on the project

For most enthusiastic amateurs talking about photography is, in most of the cases, just technical talk, and this is a perfect opportunity for every participant to leave the nerd-talk behind and concentrate on the really important knowledge of photography – the story behind the pictures.
– Klaus Pichler (week #28 challenge setter)

[52 by 52] encouraged me to be a photographic explorer of the world. I have discovered the sheer joy and pleasure of image making…
– k8ie Smith

I’ve learnt to be braver and to be more open in my photography i.e. “come out” as a photographer
– Lerpix

The main thing I have learnt is to take risks…with technique and ideas/concepts and to try anything that may “work”.
– Julia Cameron

The greatest memory of participating in 52 by 52 will be the generosity, warmth and honesty of the members of the community. Particularly when for most of us each week was tackling an approach that was new to us and therefore confidence often was brittle.
– Mark Russell

…the weekly challenge, discussion and the other members’ fabulous contributions have really helped improve at least my thought processes…
– @markglomas

I’ve been introduced to a plethora of others work, I’m sure that I wouldn’t have discovered on my own.
– Jolex88

I have really appreciated the constructive, positive and detailed responses I have received from others for my efforts.
– Voltaire2010

It’s taught me to be patient, reflective, full of self critique, responsive, idealistic, confident enough to critique other peoples work, the list goes on and on. Most of all it’s made me a better photographer.
– scala66

The 52 by 52 project was conceived and curated by David Gillett, a designer from the South West of England. Photographers Julia Cameron and Mark Russell completed the team. Drop us a line if you’ve any questions about 52 by 52 and what’s coming next for the project.